To carb or not to carb – that is the question? 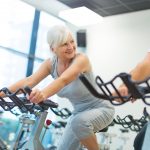 The article below from BBC News says, in summary, that:

Many people have lost weight quickly by following such diets – but scientists fear they may not be good for health in the longer term, and the weight loss is not sustainable.

The Oxford team of scientists monitored 19 people over a two-week period. They found that the energy stored in the heart was reduced by an average of 16% among those who followed a high fat, low carbohydrate diet. In some people, the energy reduction was as much as a third.

Their hearts also became slightly ‘stiffer’, not relaxing quite as well as before the diet. One of the participants even noticed he could not manage his daily run while on the diet. The changes were reversed within two weeks after returning to a normal diet.

A more severe form of energy depletion is one of the features of heart failure, where patients struggle with physical exertion because they have little ‘in the tank’.

“Our study gives us some interesting insights into how extreme diets might be affecting us,” he said.  The British Heart Foundation (BHF), which funded the work, said the results reinforced their view that people should not follow high fat, low carb diets to lose weight.

Professor Peter Weissberg, BHF medical director, said: “Diet devotees can be reassured that this research in no way suggests that the high fat-low carb regime is going to give them heart failure.

However, they should be aware that such unbalanced diets are a major insult on their bodies’ metabolism and, as this study shows, may be having direct effects on their hearts, particularly since they tend to be high in saturated fat.”

“We would certainly not recommend high fat-low carb diets to anyone who wants to lose weight and look after their heart. Achieving this with a balanced diet and regular exercise is sustainable for life and, for most people, is the safest way for your heart.”

This article is a general information sheet and should not be used or relied on as professional advice. No liability can be accepted for any errors or omissions nor for any loss or damage arising from reliance upon any information herein. Always contact your financial adviser for specific and detailed advice. Errors and omissions excepted. (E&OE)

Am I on the right medical aid plan?

Time for a points check up…

NHI: Doctors will treat everyone, regardless of their ability to pay